How do you see yourself?

Change the way you think and your body will respond accordingly. This is so true! If you unconsciously see yourself as ‘fat’ or ‘unattractive’, great chances are you will look that way. Because you are what you think. No matter how many diets you’ll follow, you will always be that ‘fat person’ as long as you see yourself that way. If you struggle with your weight, try to recall how you have been viewing yourself. Do you feel any love for yourself and the way you look? Who do you see in the mirror? If that is mainly negative, try this: Look at yourself and only name the positive things you see. If you like your hair, look at your luscious locks. Or is it your eyes that attract attention, look at how beautiful they are. Pick only the things you like about yourself and pay no attention to anything else. Visualize yourself as an attractive person and practice to see yourself that way in the mirror every day. Even if you have to fake it in the beginning, after a while you’ll make it. Try, and experience this for yourself!

Of course, when you continue to overeat and don’t do any sport, it is not likely you’ll loose weight. But it is also unlikely that a person who really wants to be slim, will never exercise and continue to eat bags of chips. I mean, if you start seeing yourself as an attractive, powerful person who is not supposed to be overweight, you’ll start loving yourself more. And why would you want to stuff unhealthy food into someone you love? You’ll start acting more like someone with a healthy body weight. It just all starts with love. Love yourself to feed yourself well. Not too little and not too much. And love yourself enough to move that body now and then. All in moderation, with love.

I was inspired to write this after I read the book ‘Be Happier than the Dalai Lama’ by José Antonio Manchado. José wrote about a woman who came to his practice and her case can inspire you:

“Dunia came to see me because she was very concerned about her weight. She had gained about 45 pounds in just over a month. Such a sudden increase was very strange, especially in such a young woman. I looked at her and asked at what point in her life she had begun saying mean things to herself. It had all started two months earlier, following a break-up for which she felt she was to blame. From that time forward, she had been constantly telling herself “I’m stupid,” “I’m worthless,” “Nobody will ever love me,” and “I’m always wrecking my relationships”…

I suggested, first of all, that she begin engaging in a positive dialogue with herself and that she come to terms with the event that had unleashed everything. I pointed out the possibility of understanding that things had happened just as they were supposed to, that things could not be any other way. Her actions had been the result of a certain state of consciousness; that is, she had done the best she could with the tools she had at the time. Now her task was to choose learning instead of pain. If she did, she would see results very quickly. Dunia claimed to understand me but said she could not find anything nice to say to herself. She did not even recognize herself in the mirror! She felt fat and ridiculous. As she looked at her reflection all she could see was ugliness in her face and body. So I encouraged her to look at the lovely blue eyes she had. And she did.

She started by focusing on her beautiful eyes and, from there, she went on to see other parts of her body that she also liked. Every morning she looked at herself in the mirror and gave thanks for her health and other positive things about her, not just her body but her life. By doing so, she was gradually nourishing a positive internal dialogue. The result was spectacular: in a question of a month and a half, without following any special diet or going to the gym, Dunia lost those 45 pounds and returned to her normal weight. Simply by eliminating feelings of guilt, she recovered a healthy self-esteem: she let go of that negative burden that had made her retain liquids and gain weight. Once again we can see the tremendous power that our words and our emotions have on our mind, our cells and our energy field.”

Source: José Antonio Manchado. Be happier than the Dalai Lama: The wisdom of the Great Masters applied to the modern world 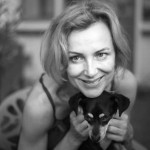 I am Marit and I live with my 2 cats and dog in an old house in Edam. In 2010 I founded WieWatHaar, a review platform for salons & products. But I wanted to look further that the outer shell. Because if you do not feel good on the inside, how can you really shine? And who wants to look pretty if that is hurting the world around you? That is where I want to write about and that is the reason I started InnerBeauty Magazine. Nice to have you here!

Tom Chapman | Suicide is a permanent solution for a temporary problem

The things we think about our body 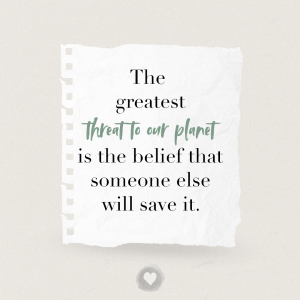